I knew I wanted to read Cherie Dimaline's new book as soon as it came out. I didn't get to it in 2019, but a number of people have – it has topped Canadian bestseller charts for months now. Empire of Wild is a compelling, fast-paced thriller that pulls from Métis mythology and symbolism. In this book, prepare to come face-to-face with the legendary figure of the Rogarou. 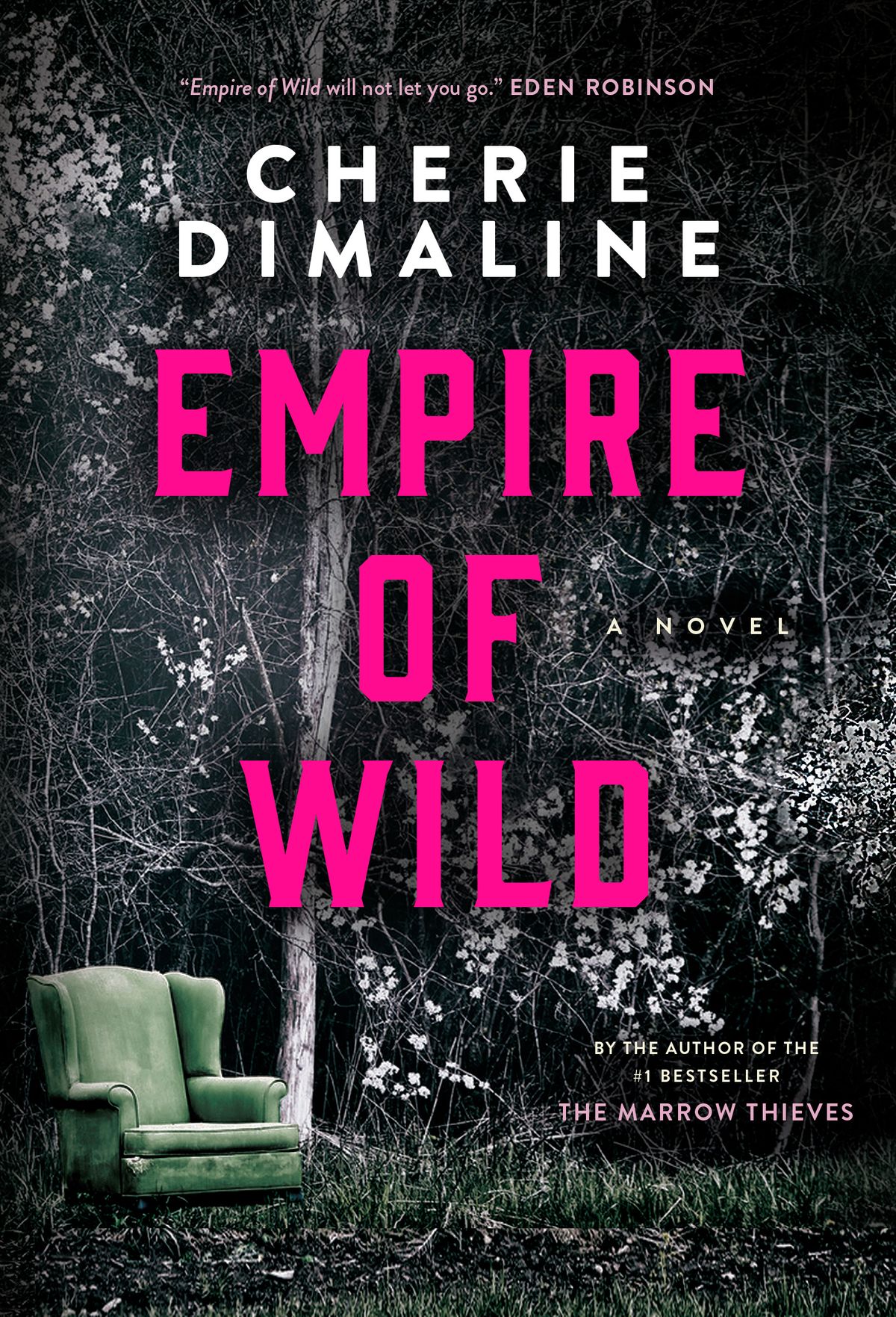 This is the story of Joan, a Métis woman who lives in the Northern Georgian Bay area. She met her husband Victor in Montreal, while on a trip, and they developed a strong bond through road trips together to many different places, far and near.

It took a while for Joan's family to get accustomed to Victor, but eventually they warmed up and him and Joan settled into a house close to them. The large cast of relatives around Joan includes her grandma Mere, her nephew Zeus, and many siblings, and cousins.

One day, after Joan and Victor have their real first fight, he disappears.

Joan leads community efforts to search the woods and coastlines. Everyone lends a hand, but they never find Victor.

Joan struggle for months – almost a full year – of grief and longing for her lost husband. And then, by accident, she sees him, but it's not him. In a travelling pop-up revival church event in a tent, she stumbles on Victor who now goes by Reverend Eugene Wolff, and has no idea who she is.

Joan will be torn apart by this encounter, and some of her relatives will insist her story makes no sense, but she will be determined as ever to get to the bottom of the story and get her husband back. In short order, and with the help of elder Ajean, she will follow the tracks of a dreaded and nefarious rogarou - a creature reminiscent of a werewolf who, she believes, has kidnapped her husband.

Empire of Wild is a thrilling read, one where our main charachter Joan fearlessly confronts one of the scariest beings, and does so with wit, guts and drive. The book opposes a traditional Métis legend to the history and dogma of the Catholic church, a rich setting to allow a novel story to unfold.

This book has extensive character development that adds layers of complexity to an intriguing plot. The narration alternates between perspectives to share Joan's, Victor's point of view, and even those of other characters.

Cherie Dimaline's last celebrated book, The Marrow Thieves, achieved a fantastic balance between creating a curious plot and a universe inspired by Indigenous tales. Empire of Wild is in keeping with the author's style, and makes for an original and enjoyable novel. With this new book, Cherie Dimaline confirms that she's one of Canada's top writers to watch and follow.

If you're looking for a thrilling, entertaining and ingenious read by an up-and-coming Métis writer, read Empire of Wild.