In this 2012 novel, Saul Indian Horse is a young Indigenous boy who grows up in a residential school in Northern Ontario. Author Richard Wagamese (1955–2017) signed this masterful tale of resistance through sports. The story was made into a beautiful movie, but it’s well worth reading the book even if you have seen it. The opening scenes of Indian Horse take place in a remote, Northern Ontario, riverbank site where Saul’s family has set up camp. 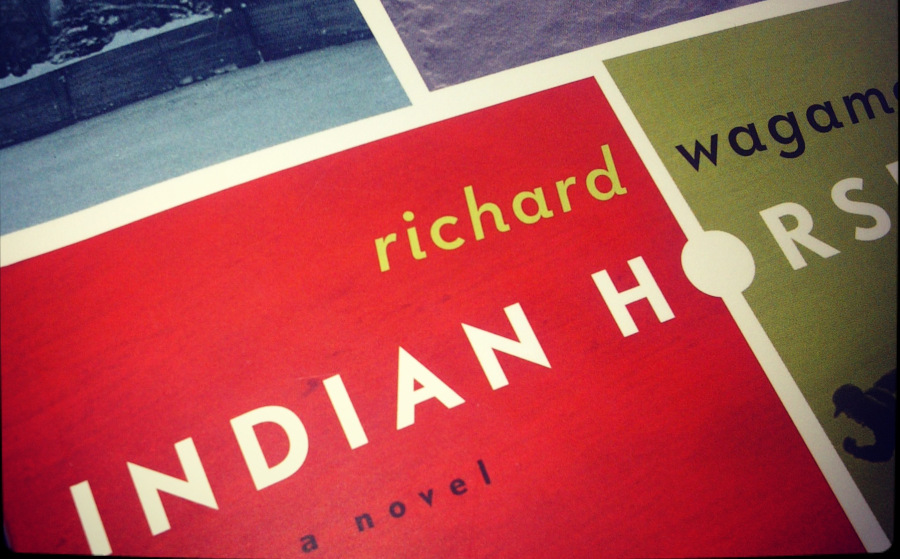 In this 2012 novel, Saul Indian Horse is a young Indigenous boy who grows up in a residential school in Northern Ontario. Author Richard Wagamese (1955–2017) signed this masterful tale of resistance through sports. The story was made into a beautiful movie, but it’s well worth reading the book even if you have seen it.

The opening scenes of Indian Horse take place in a remote, Northern Ontario, riverbank site where Saul’s family has set up camp. We see the landscape through Saul’s young eyes. He notices the isolation, picks up on the moods of his parents, brother and grand-mother. He knows enough to understand his family is in this place to avoid having their kids stolen and placed into care.

Necessity takes Saul’s parents and brother away to the city, and he is left to spend days with his grand-mother. When the weather turns cold, she knows the others are not coming back, and that staying put would mean risking death. The pair begin a journey to the city by paddle and on foot.

They almost make it, but the increasing cold is a fierce adversary. Saul is found alive and dropped off at the nearby residential school. Cut off from any remaining family ties, Saul lives through the reality of what will eventually be known as the abusive and destructive environment of residential school “care” run by the Catholic Church and Canadian state. He develops friendships with some of the other children, but their connections are always fleeting, harmed by the violence of the assimilation and isolation they must endure.

As his daily existence is at its bleakest point, in the dead of winter, Saul discovers the ice rink. One of the priests coaches the school’s team of older boys, and while he’s still too little to join them, Saul helps to maintain the ice. Eventually, he slips on skates and makes the best of his ice time.

He spends every available moment playing hockey. Off the ice, he thinks and learns as much about hockey as he possibly can. The sport becomes his only way to move through the days. He’s got such talent that he eventually joins the team, plays in town against other teams, and is recruited to play on Northern Ontario’s only team of Indigenous players out of Manitouwadge named the Moose.

He leaves the residential school on skates, and does not look back until decades later. With the Moose, he finds community, friends and family. He plays his best hockey and lives for their weekend trips and tournaments. He’s the youngest and the fastest.

Eventually, he gets recruited to go to Toronto to play for the OHL - his surroundings convince him it’s the best opportunity, and that he should accept for all of them who cannot. He does, but it’s not what he hoped it would be. He experiences the blatant racism that runs deep in the hockey league and within white players and spectators alike. It will release a turmoil within him, and he will never really find his place in this Toronto hockey life.

Saul is a principled, fair and respectable player, but his past catches up with him and prevents him from being the best player he can. The book is his journey as he reckons with his traumatic life at the residential school, his love of hockey, and his need for work and freedom.

The magnificence of this book could never be replicated on screen. And while the movie is worth seeing, the book is wonderfully more complex and complete than its screen adaptation.

I quickly added Medicine Walk and Starlight to my summer reading list after reading Indian Horse, as I can tell there is much more to discover in Richard Wagamese’s brilliant writing. He is one of those great authors, and Indian Horse is one of those books everyone in Canada should read - especially those who have a passion for hockey - to graple with the consequences of systemic racism, exclusion and the weight of Canada’s historical burden.