As some of you may know, the Canada Reads book challenge is on in March. The short list has been out since the end of January, which gives avid readers a couple of months to get through five books. My first pick was Michael Winter’s Minister Without Portfolio, a story set in Renews, Newfoundland. 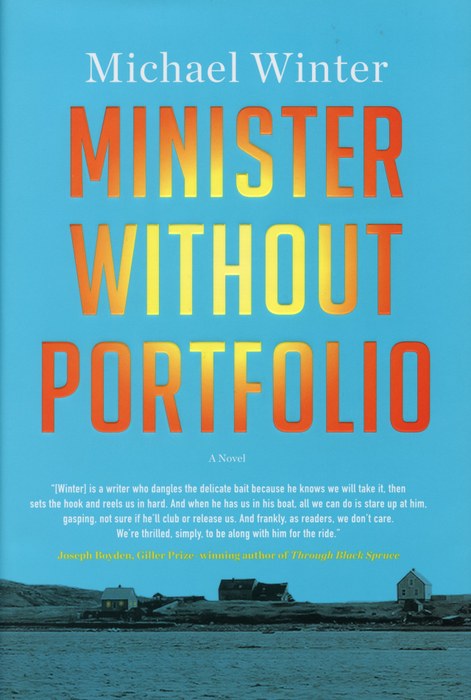 Henry Hayward is on the tail-end of a series of traumatic events: he is recently separated, returns from serving in Afghanistan, and from working in Fort McMurray. He’s far from unscathed, and is back in Newfoundland to find his footing and give a good, hard look at his life.

He is often reminded of a friend who, in the army, gave him the cryptic nickname of “Minister without portfolio”. Henry is put off, at first, thinking that it described him as a wandering soul without ties or commitments. He comes to realize that it was instead well-intentioned: that he had a hand in many different files, that he helped around. Henry reflects on his role and actions of the past, and begins living for his “hundred people” – those around him that he chooses to help and be present for.

Minister Without Portfolio is a book about reconciling with the past by being conscious about one’s current and future actions. The coastal setting is enchanting, and the characters are genuine. It’s a lovely read that provides impressive emotional depth in a common small-town context.

Minister Without Portfolio by Michael Winter