Review: Us Conductors by Sean Michaels

If you, like myself, hadn’t heard much about the intriguing instrument called the theremin, then you’re in for a treat. The winner of the 2014 Giller prize is Sean Michaels' Us Conductors, a tale about Lev Theremin and the instrument he invented in the 1920′s. 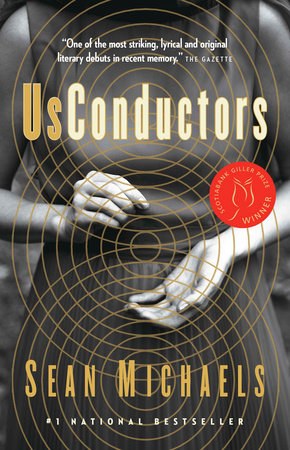 Lev is a precious character: an inventive scientist from the Soviet Union who practices kung-fu and is sent to the United States to spread the word about his ingenious invention. In America, he meets a series of interesting characters, one of them being Clara, a musician he will pursue and who will eventually master the art of playing the theremin. His adventures through New York City, the 1920′s jazz and dancing halls, the world of music and parties is sublime. With time, Lev will be asked to perform the duties of a spy in a context where he is a loyal soviet subject. He will eventually need to return to the motherland, albeit not under the most dreamy circumstances.

The book is mostly fiction, despite basing itself on Lev and Clara who did indeed exist, and of course in a real historical context. It’s a musical and enlightening journey of love and duty, and it is a charming read. Once you’ve read it, you’ll surely get a kick out of this: Star Trek Theme on Theremin. Enjoy!

Us Conductors by Sean Michaels