It seems unbelievable that Zora Neale Hurston was almost completely forgotten as an important African-American author of the 1930’s. And yet, her best known novel, Their eyes were watching God, had to be dug up from the archives as late as the 1970’s and 1980’s, where it spent far too much time unread and unappreciated. This year marks the 80th anniversary of the classic, providing an excellent opportunity to engage with the prose and substance of Zora Neale Hurston’s writing. 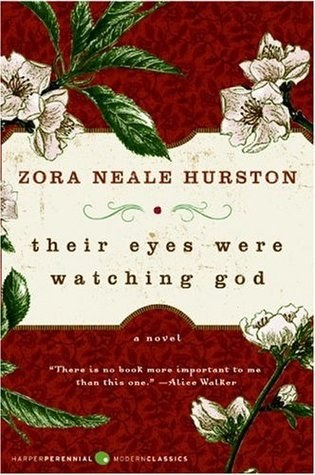 Janie Crawford is the main character we follow in the pages of Their Eyes Were Watching God. She starts off as a young woman with purpose but Florida in the 1920’s offered limited options in life for African-American women. She lives under the hopes and dreams of her grandmother, who spent most of her life as a slave in the south of the United States. She tries to impose on Janie a quiet married life where she can enjoy time on the front porch: the best kind of leisure time she has ever known of freedom. Janie then embarks on her first marriage at a young age.

She quickly learns that in her haste she may have overlooked character traits in her husband that do not suit her at all. After some time struggling with loneliness, she flees. We will learn to know Janie through this marriage and another one (to Jody Starks) before she gets to better define the terms of her own happiness in her third real relationship. It is when she meets and gets to know a younger fellow nicknamed Tea Cake that her connection to herself and to the people around her will truly flourish.

Together, they will leave their town and head towards the bean fields of the Everglades region of Florida. They live near the fields and build a community around them. Janie challenges conventions by working the fields despite being a woman, and for the first time in her life experiences personal satisfaction, love, and joy. The passage of the 1928 Okeechobee hurricane will force them to fight for their lives in one of the deadliest storms on record for the North Atlantic basin. The descriptions of the fowl weather and desperation during the historical storm are chilling.

There are many themes packed into this novel: the role of women, the institution of marriage, poverty, racism, gender, power, love, friendship, and many more. Dialogues make up so much of how the storyline comes together, and it’s worth noting that they are written in the vernacular of the south of the United States in the early 20th century. In a famous quote, Janie confesses to her friend Pheoby: “Dey gointuh make ‘miration ‘cause mah love didn’t work lak they love, if dey ever had any. Then you must tell ‘em dat love ain’t somethin' lak uh grindstone dat’s de same thing everywhere and do de same thing tuh everything it touch. Love is lak de sea. It’s uh movin' thing, but still and all, it takes its shape from de shore it meets, and it’s different with every shore.”

When this book was re-discovered by the likes of Audre Lorde and Alice Walker in the 1970’s, it finally started to get the recognition it deserves as an important black feminist work. To be blunt, it is difficult to summarize and contextualize this book since Their eyes were watching God feels much too extraordinary to boil down. It’s a short read, but it leaves a powerful, unshakable impression. To truly appreciate Zora Neale Hurston’s impact as one of the first Black American novelists, I plead: read the book.

Their yes were watching God by Zora Neale Hurston