The slight rise in average life expectancy should not be used justify increase the retirement age for all workers since the changes are driven by those of higher incomes and in less physically demanding jobs.

Across income brackets and across the country there are large variations that show a lot of people are not living long into their retirement.

While average life expectancy may have gone up for the affluent, extra years of healthy life have not been gained equally from high to lower income levels. 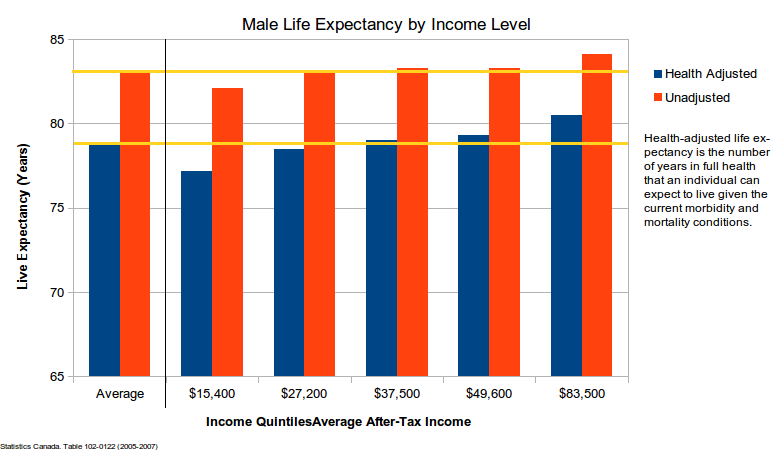 There is significant geographical variation across Canada for life expectancy.

Any increase of the retirement age will rob those at the lower end of income scale of any chance of leisure years at the end of their lives. It will also affect workers from different parts of the country unequally, with those in the Manitoba and the Maritimes most affected. 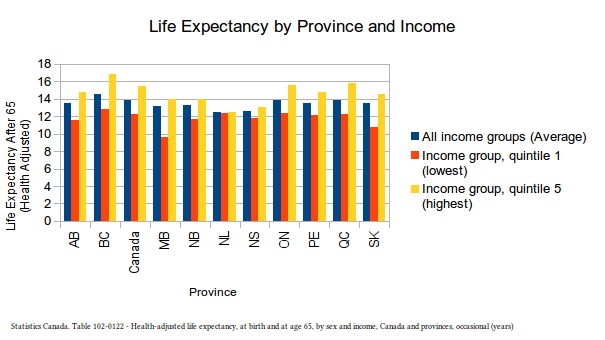 Further, for those at the lower end of the economic scale, there is a higher likelihood of working into retirement and be in poorer health.

Recent analysis of the suspected impact of increasing the age of receiving Old Age Security stated that “24% of all persons who were fully retired, and 16% of those who had partially retired, did so due to health or disability.” Statistics Canada reports “Many older workers will have difficulty remaining on the job due to poor health, even if they are not financially ready to retire."1

Recent data suggest that a quarter of retirees would have continued to work if their health had been better.2

A large number of workers aged over 65 will be unable to replace that lost income by working.

In the US, about 40 percent of workers retire earlier than planned due to poor health, care-giving responsibilities, job loss, or similar reasons.3