Reading my way through 2017

January 2017 was somewhat of a low point. Living in the wake of Donald Trump’s election as the president of the United States had a chilling effect not just on me, but on everything and everyone around me. Reading the news became more depressing than before, and I was uninspired to write—my usual remedy to seasonal blues. 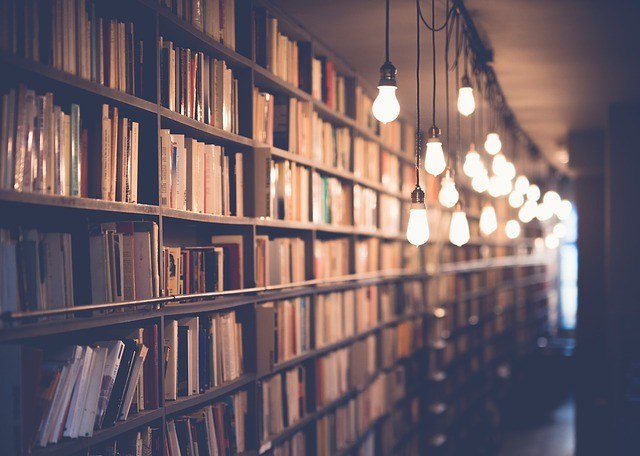 I decided that I would take a step back and start anew, at least in terms of reading. I had always wanted to make my way through classics, and what better way to reset a harsh political moment to make space and time to reconnect with ideas, stories and characters that have existed on this earth way longer than I had.

A few years back, I had found a copy of Un livre un jour, un livre toujours, a list of 200 essentials, mostly in French, compiled by Olivier Barot. I would make this my roadmap. The first task was odd: La guerre des gaules by Jules César. It’s a military journal of Cesar’s conquest of the Gauls, detailing troop movements, strategies and tactics. It was weird and conflicting, but completely fascinating.

A quick detour in ancient Greece lead me to read The Art of Love by Ovid, a guidebook to loving, mostly to the attention of men trying to conquer women, or to women trying to please men—I mostly wrote it off as historical but misogynistic and moved on.

Next, I travelled to medieval times where French literature is abundant and got acquainted to works such as Le Roman de la rose by Guillaume de Lorris and Jean de Meung, and Le Testament by François Villon. They are both long, medieval-era poems that are lyrical and curious.

Arabian nights was a renewal, a great classic I was familiar with from childhood stories and TV shows. It was rich, funny and entertaining, and reminded me that exploring the literary traditions of the Arab world is much needed in our present political moment.

The works I progressed through included famous plays such as Le Cid, by Corneille (intricate and sensible), Dom Juan by Molière (dark and dreary) and Jeux de l’amour et du hasard by Marivaux (fast paced and hilarious).

Over the summer months with approaching time off, I felt ambitious and downloaded both tomes of Don Quixote by Miguel de Cervantes. The tale was funny, touching, profound and light-hearted. The incredible adventures of Don Quixote, travelling knight, and his sidekick Sancho Panza, were delightful in every way. Mounting the saddle to travel roughly 1,000 pages in their company is a memorable experience.

Thanks to my book club, I veered off my literary timeline to tackle a Victorian classic of George Eliot’s Middlemarch. This was an intimidating read for me. I went to school in French and struggled greatly with the few English classics we were put through. Wuthering Heights and Macbeth left me with mountains of words I didn’t quite understand. In my Franco-Ontarian mind, reading English books from England was out of reach. When I bought a rumpled second-hand copy of Middlemarch, it was with resolve. I would get through it if it were the only thing I read for months.

I did, and it was great.

I embraced the story and thoroughly enjoyed the multifaceted plotline and the intricate relationships between attaching characters. Was I ever proud to show up for book club that month having finished the 900-page brick.

As far as contemporary classics go, the year began with The Left Hand of Darkness by Ursula LeGuin. It is definitely a sci-fi quintessential read. I loved the worlds LeGuin creates, and the wintery scenes of the second part of the book stuck with me.

When busy with work or on the road and could not sink my teeth into something big, I discovered George Smiley: the star spy from John LeCarré’s series. I read the first two—they are short, smart, substantial spy novels. There are 6 in total, and I’ll be working through the others in 2018.

I discovered Zadie Smith this year after hearing so much about her, and it seems like she was right up my alley. Swing Time was the start. I enjoyed it very much, but was more intrigued with Smith’s politics as an author.

I read some of her literary essays, namely one where she reviewed an African-American classic called Their eyes were watching God by Zora Neale Hurston. A brilliant book set in Florida during the hurricane of the 1930s.

In the non-fiction category, I found a few gems. Just Kids by Patti Smith introduced me to the artist’s life and work.

Freethinker by Andrée Lesvesque is a biography of Éva Circé-Côté, a great writer and thinker to whom we owe the public library system in Montreal. The book covers the big events and activity of her life, and also a history of her thought on women, civic action, work, labour, and other issues that show that she was very forward-thinking.

Finally, Seven Fallen Feathers by Tanya Talaga has become my number one recommended non-fiction book. She is a reporter from the Toronto Star and her book dives into the crisis of seven Aboriginal youths who died attending high school in Thunder Bay, away from their families.

The stories cannot be told without explaining the history of residential schools in Canada and the current context of the Truth and Reconciliation Commission.

This book should be mandatory for everyone: learn about the current state of Indigenous communities in Canada by getting to know the stories of the 7 young people who died in attempting to get an education.

Confronting and difficult, but such an important read. Other notable reads that I must mention: Les années d’Annie Ernaux (in fact, all of her collection which I reach for regularly on my bookshelf), Barrelling Forward by Eva Crocker, The Past by Tessa Hadley, The Sympathizerby Viet Thanh Nguyen and Brother by David Chariandy—a vivid account of Scarborough in the ’90s.

I finished the year with arguably one of the most beautiful novels I have read in a while:

L’amour aux temps du choléra by Gabriel Garcia-Marquez, my first of his to read.

From Love in a time of cholera to reading in a time of Trump, books in general and classics in particular have been for me a way of putting into perspective the place humans occupy during our short stay on this earth.

In 2018, I hope that you let amazing authors blow your mind, and that you use their strength to make our world a better place.