It is not simple to summarize an epic novel that spans the many lifetimes of its various characters, in countless different countries, crossing significant historical events the world over. Isabel Allende’s latest novel somehow makes it all fit in 300 and some pages, with a brilliant, suspenseful and rich writing. The Japanese Lover is a tale of love, of course, but also of death, hardship, healing and relationships. 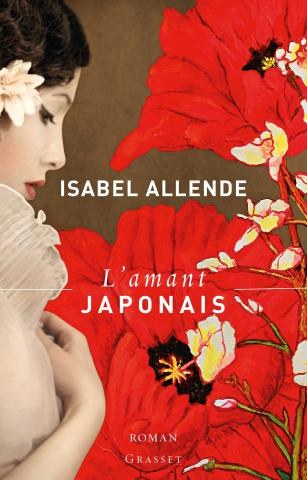 The novel is centred around the life of Alma Belasco, 81 years old, who checks herself into a group care home, at the surprise and dismay of her family members. Set in the San Francisco area, the Belasco family, quite well-off, had a multi-generational home where various members of the family were housed for over a century. Alma decides one day that she’s had enough, and takes off for a life of simple things at Lark House. Enter Irina Bazili, a young Moldavian with a mysterious past. She is employed and does exemplary work at Lark House, where she is much loved by all tenants. Alma convinced Irina to quit her second, part-time job as a cafeteria worker to become her personal secretary. The seemingly mundane tasks of filing Alma’s invoices, sorting out paperwork and keeping her life organized appeared easy enough. In her time spent with Alma, Irina will start to uncover pieces of the woman’s history that are as intriguing as they are exceptional. Irina will meet Seth, Alma’s grandson, who comes to visit once in a while. He will take to coming more often once Irina is in Alma’s service, and will serve up the pretence that he is writing a book on his grandmother’s life. Alma will play along, and dive into her past, her stories, passages of her life that will keep his grandson coming back as often as possible. It amuses her to see her grandson so taken by Irina and yet so indirect in his approach to build even an early friendship with her. From the triangle that is Alma, Irina and Seth flows dozens of characters, memories, experiences, hopes and fears. Among the mysterious elements that keep readers in suspense is the story of the Japanese lover, Ichimei, a character who we come to know through Alma’s stories, and through letters from their correspondence over many years. Every character has a back story, every life has a path that brings them to the place where we get to see them interact. With compelling depth and very few words, Allende hops from issues such as World War II, Japanese internment camps in the United States, the AIDS crisis, international child pornography and trafficking networks, war, violence, etc. She does it by exposing love, relationships, hope and those feelings that carry people though life, despite humanity’s passing ills. Alma rises above by believing and nourishing the loves of her life as long as she can. The Japanese lover is a cure for the November soul, if the arrival of colder temperatures has got you down. Her short chapters, fast pace, and epic adventure is a beautiful, moving and tender read that is worth tackling. 5/5 The Japanese Lover by Isabel Allende L’amant japonais d’Isabel Allende