Citizens groups, academics, and activists are taking a stand against the Harper government’s deeply flawed Bill C51 – a bill that aims to stop terrorism by stripping Canadians of their rights. The Conservatives know this is an issue that will rally their supporters while the Liberals are so certain they will win the next election they announced they’ll support the bill now, and then maybe, just maybe make some changes once Trudeau has been anointed.\ \ It addition to taking victory for granted, the Liberals also seem to be taking youth for granted who have been much more vocal in opposition to the bill. Of course, that’s assuming youth vote.\ \ Credit where credit is due: The NDP is doing their best to try and slow down passage of the bill and have launched an online campaign in opposition.

Reminder: Everything you do online is tracked

Could the data being tracked by Canada’s political parties be used to systematically suppress the votes of marginalized groups of Canadians? Probably not, since a group less likely to be pushed to the polls by one party is more likely to be brought out by another. It’s also worth noting that attempted (and successful) voter suppression has existed as long as voting has existed. The best way to combat this is by making voting more accessible, something the new Conservative election act makes harder. \ \ And while political parties are developing more advanced technologies for tracking the opinions and demographics of Canadians, they are years behind private companies who have be building massive databases about Canadian households, buying habits, travel routes, and even personal conversations (cough Google cough).\ \ Yes, all these thing should probably be regulated.

More: Politics by espionage: What the parties know about you already

Canada spy agency has been reading your email

CBC and The Intercept have exposed that the Communications Security Establishment of Canada (CSE) has been collecting and reviewing all of the millions of emails sent to the government (more than 400,000 a day). Maybe this is why the government’s new \$400 million dollar email system is so far behind schedule.

With the Harper government increasingly ganging up with employers to quash unionized workers, it was only a matter of time until employers found a way to get the federal government involved earlier. Air Canada is trying to skip negotiations with the union and has pushed through a pre-mature application for conciliation.

Nova Scotia Liberals fail at firing their own arbitrator, succeed at telling people what union to belong to

In Nova Scotia, the Liberals seem hell-bent on breaking their health care unions and undermining workplace democracy. Government-appointed arbitrator James Dorsey has so far failed to arbitrate a solution (and avoided being fired by the government 4 times). Instead of allowing workers to determine who negotiates on their behalf, the government has decided it has the authority to decide which union members should belong to. The Canadian Union of Public Employees are set lose more than 4,000 members to other unions in this “devastating” decision. categories: [“What’s Left”]

Bosses at the Chronicle Herald shoot paper in both feet

The Chronicle Herald in Nova Scotia has locked out Typographical Union members (the workers who run the printing presses). It is rough times at the Herald as the paper also recently locked out workers in its press room. The paper’s management has made it clear that it is more interested in trying to break the union than find sustainable solutions for its operations. The union has asked readers to cancel their subscriptions for as long as the workers are locked out. Progressive organizations have also stopped doing interviews with the paper.

6,000 post-doctoral fellows, graduate students and undergraduates have been on strike since Friday night. At a general meeting of approximately 800 members, CUPE 3902 Unit 1 voted to reject the tentative agreement. Their sister local, CUPE 3903 at York University, have a strike deadline set for Monday evening and continue to bargain though the weekend. Graduate student workers have had enough trying to support an underfunded university system while continually being taken advantage of by university administrations. Check the links below to find out how to provide support, either online or on* *the picket line.

In Ontario, Liberal sex education reform – a long time coming – has driven Progressive Conservatives to replace unions with gays, lesbians and oral sex as the top evil in Ontario.\ \ Meanwhile, in Ottawa the Conservative-controlled and unelected senate has killed a bill that would have given basic human rights to trans* people – one that had already been passed by the democratically elected house.\ \ Taken together you would be forgiven for checking the date. Yes, it is 2015, but pre-Victorian attitudes still abound on the Right.

In light of the revelations that Ontario Premier Kathleen Wynne is going to try to privatize Hydro One and some of the municipally-owned energy companies, we give you: This Is What Energy Democracy Looks Like from the Rosa Luxemburg Stiftung.

BC Liberals hate students (especially those who want drivers licences)

Want to drive to work to make some money and pay down your student debt? Not so fast, if you live in BC. The provincial Liberals are thinking of denying driver’s licences to those with student debt. Obviously, this doesn’t make any sense at all. The burden of student debt is one created by the government through systemic underfunding of universities and colleges. Policies such as this will hurt the economy, cost jobs, oh, and drive more youth into poverty.

Still in BC: A referendum is being held throughout the Vancouver-area with citizens being asked whether local governments should invest more in public transit. An unusual strategy that comes with some additional cost and risk, engaging citizens directly in a referendum is a great way to talk about an economic vision that is grounded in the community.

More: It’s time to say yes to investing in our growing regionTake Action

Cold comfort for those on strike in Hay River

Municipal workers in Hay River have been on strike of nearly three weeks and it’s cold up there. So cold that the PSAC members have taken to burning the concessions being demanded by the city in an effort to stay warm.

The Broadbent Institute and Parliamentary Budget Office both released reports this week highlighting the dangers of Tax-Free Savings Accounts on government revenue. To sum up their collective analysis: These accounts will divert huge amounts of tax money to the rich – just like income splitting. 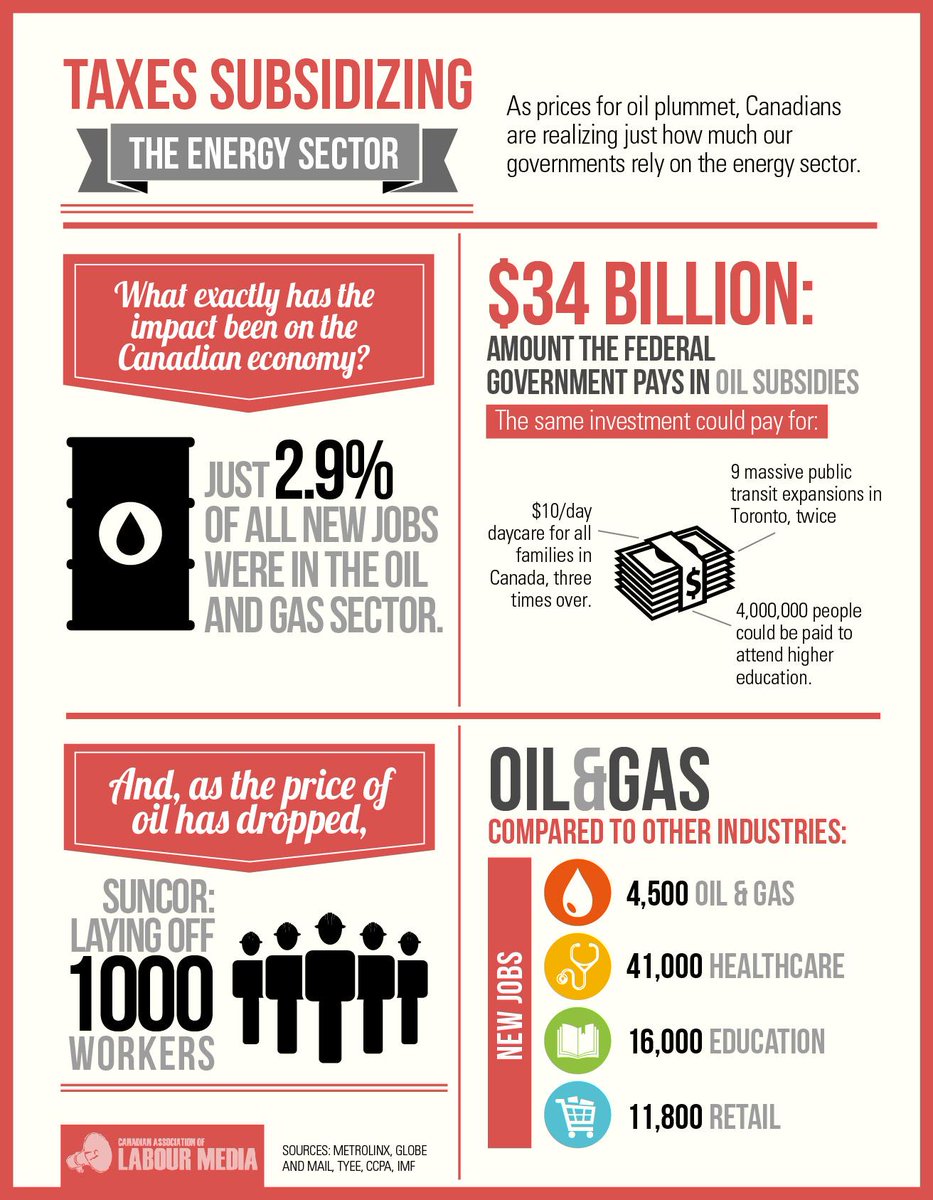 It has been a pretty good few months for international lawyers defending the rights of workers to organize and strike. February 18 was the day for global unions to send letters to the ILO to keep the right to strike in ILO Convention 87. While this won’t have a direct impact on the majority of workers around the world, symbolic moves like this are important – because not losing is important.

The United Automobile, Aerospace and Agricultural Implement Workers of America (UAW) need to revisit their playbook. The strategic failure of open shop unionism at the VW Chattanooga plant has resulted in a second (anti-union) association being officially recognized. It seems that not conceding failure in organizing the plant as a whole might set a terrible precedent for the US labour movement.

Liberals and socialists still unite on some things. US President Obama got the FCC to officially support Net Neutrality. After The Internet demanded free flow of information online, the US Federal Communication Commission has classified the Internet as a utility – like water and electricity. So, the same rules regarding universality apply. The fight continues in Canada.

More: FCC: Dear FCC: Thanks for Listening to Team Internet!

Greece and the Left: Where things stand

As the left continues to debate the recent negotiations between Syriza and the Troika, our hope is that the Left in Greece keep their eye on the prize. They need to dismantle as many of the regressive austerity programs as possible in the four months they’ve negotiated with the EU.

More: No, Syriza has not surrendered

More: The Modern History of the Greek Debt Crisis

More: The Death of Social Democracy

More: The Reality of Retreat

Victory of the Left in Greece sparks hope across Europe

With the rise of Syriza in Greece other left parties are trying to replicate its success. The party closest to realizing victory is Podemos in Spain. However, others in France and Germany and also feeling emboldened.

More: Podemos: Politics by the people

It seems some in Israel’s intelligence community don’t like Prime Minister Netanyahu. Last week, leaks exposed the PM’s false claims to the UN that Iran was building nuclear weapons (remember the drawing of the bomb?). More recently, the former head of Mossad has called for voters to oust Netanyahu’s coalition from power for undermining Israel’s security due to the PMs destructive recklessness. We think that is an understatement.