What is a union and what is it not?

The Alberta majority government has moved a series of bills that, when looked at together, drastically undermine unions in the province. Bill 1, passed in May, makes it illegal to protest ‘essential infrastructure’. Bill 32 makes multiple changes to labour law, restricts picketing activities, creates an onerous system where members must opt-in for dues used for ‘political activity’, and more. Finally, Bill 26 changes the Constitutional Referendum Amendment Act allowing big money to pour into Alberta politics. 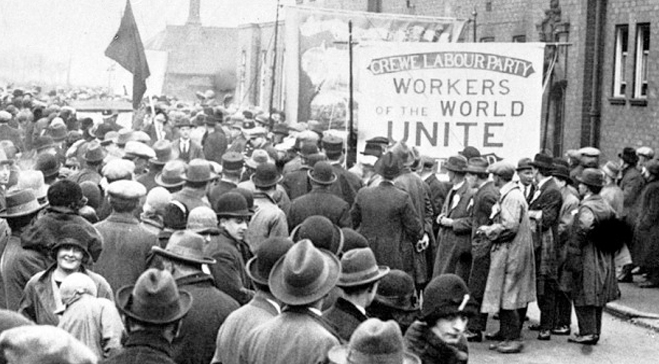 In response to the United Conservative Party’s blatant ideological, US-inspired political agenda, here is a back-to-basics post about what a union is, and what it is not.

A union is a group of workers who come together to advocate improvements of their working conditions.

A union has members and its direction and priorities are set by the membership. This means that members elect their representatives in the workplace, and through a democratic structure also elect provincial/regional/national leaders.

A union is the mechanism through which workers have fought, over decades for better pay, health and safety protections, parental leave, pay equity, and all sorts of conditions that make work better than it was (notice I didn’t say the best as there is always room for improvement).

A union, as codified by law over decades in Canada, can be a recognized bargaining agent for its members in a workplace. As such, the union will, with elected workplace representatives, engage in the process of collective bargaining with the employer to reach a work contract.

Organizing a union, collective bargaining, workplace joint health and safety committees and the way workers can choose to be represented by a union is codified in law. If we had a system that really was in favour of workers, all workers would have a union. We have never had that in Canada.

A union is not a corporation. It is not publically traded. It does not have a corporate management structure and “union boss” is a wedge term used to undermine the collective voice of workers.

A union is not a charity. A union may decide, through their democratic decision-making process, to donate to a charity of choice or to run fundraisers. But a union does not accept charitable donations or perform charitable work.

A union is not a government. It does not run a state and union dues are not equivalent to taxes. Union dues are pooled resources by workers to fund their aims.

A union is not a political party. A union may sometimes support certain parties or candidates based on an alignment of ideas or values, but the union itself is not a party.

A union is often the only place where workers can learn more about the world they live in, their relationship to those who own their place of work and profit off their time and bodies. Through history, unions have educated poor and working class people when there were no others means for them to get an education.

A union is a place to learn the tools of good democratic process. Participating in a membership meeting; presenting a resolution and seeking support from your peers to support it; amending motions; voting and running elections are all technical aspects of a healthy democracy.

Democracy needs work, it needs to be funded, and it is at its best when looked after. Neglecting a democratic body results in atrophied structures, unrepresentative elected officials, and weakened means of representation.

As a union member, if you are dissatisfied with your elected union representatives, you must learn to organize, to seek allies, to find common ground, and try to get elected by your peers.

Many union activists will go on to get elected municipally, provincially or federally because they see a lack of representation or disagree with the priorities of those who are in power.

Democracy can be slow and sloppy, but it is all we have. The process of building people power that is truly rooted in our communities and in our workplaces cannot happen without it.

Without a union, working people are at the whim of what employers want. If you have ever had a bad boss, you know that’s too generous a proposition to just hand over the keys to any employer and assume they will do what’s right to protect the lives and well-being of their employees.

This week, Alberta’s Labour and Immigration Minister Jason Copping presented Bill 32 and said the UCP government wanted to “treat employees like adults”. The bill contains a slew of changes that undermine and weaken unions, labour conditions, and workers’ democracy.

Adults would expect to have a say in the way something that affects them works: whether it’s their workplace, the traffic on their street or the way the educational, health care and other systems are run.

By targeting unions, the government is actually targeting workers by removing their ability to have a meaningful say over their working lives. It wants to undermine workers’ ability to organize themselves. It does not want unions to be a source of power in the province. It wants employers to be able to do whatever they decide without answering to their employees’ concerns.

A union is the only way for workers to fight to improve the world we live in. Without it, we are at the whim of the rich and powerful, and we are left to hope they will do what’s best. They will not.