These times demand renewed investment in our public services

The events of the past two months have shone a spotlight on the underlying weaknesses of Canada’s crumbling welfare state. Many people in Canada are rightly proud that Canada does not share some of the most grotesque features of the American social model, above all the horrendously wasteful and inequitable private health insurance system. And, Canada’s national political leadership has come across as much more competent in managing the COVID-19 crisis than its American and British counterparts, whose response has ranged from openly inept at best to completely absurd at worst. But, having a head of state or government who does not advocate injection of home cleaning products at press conferences is a low bar indeed. 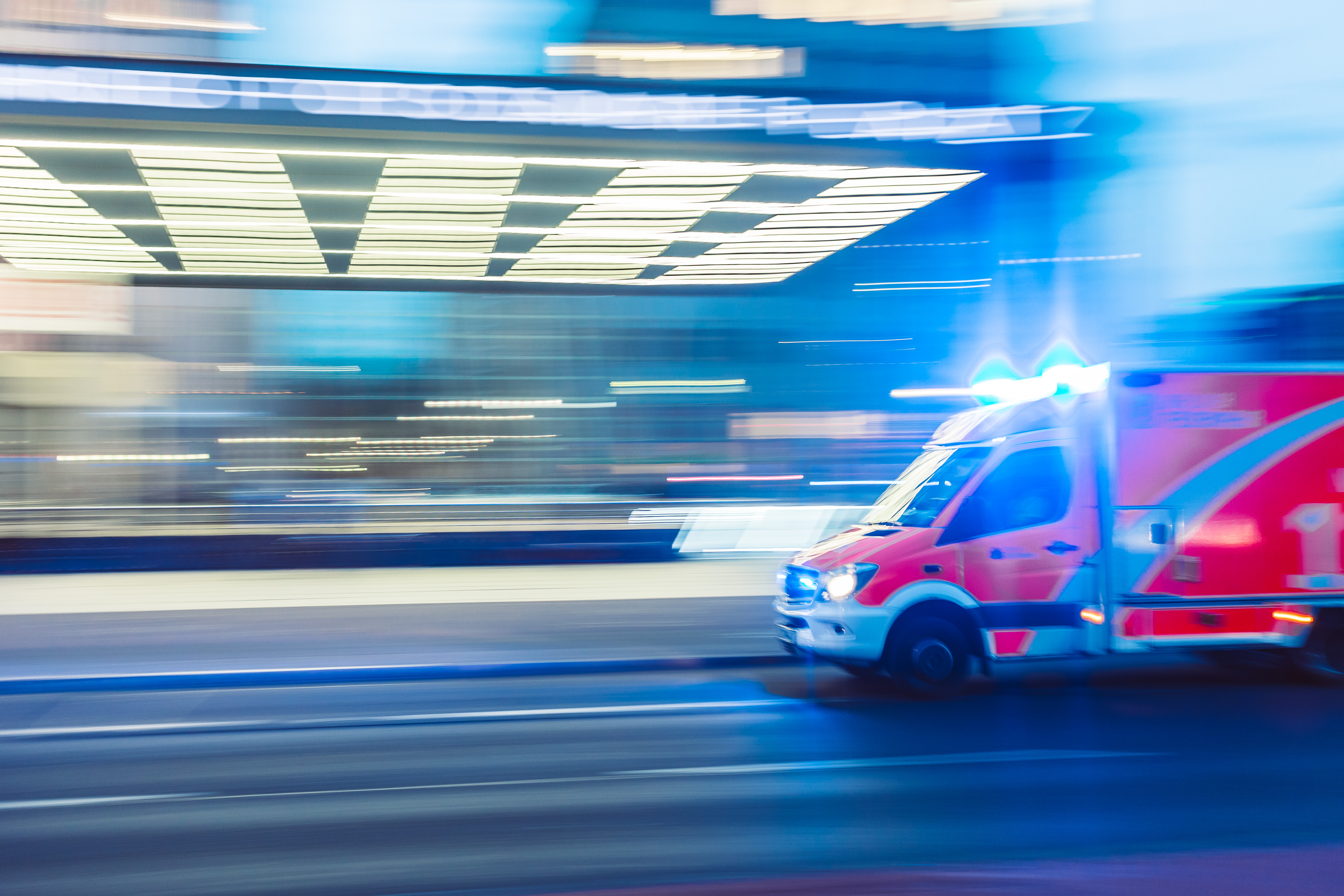 In multiple sectors, the pandemic has underlined the obscenity of relying on private companies to deliver crucial public services. The problems with private delivery are longstanding, but have particularly come to the fore at the current moment. The most obvious failing of private delivery models is that the quality of services are inevitably lower than public delivery models, with huge social costs. But in addition—and contrary to the assertions of the right—private delivery also imposes additional costs on governments and workers. Profit for shareholders and huge executive compensation packages have to be squeezed from somewhere.

The massive social crisis of the pandemic has caused governments of all levels to hugely increase public spending—and rightly so. But, so far, huge spending has not been accompanied by moves to shift towards public service delivery, although it would be easily feasible for governments to make such moves. Now is the moment to transform Canada's social model one that truly advances the public good rather than private profit.

The most glaring and apparent failure of private service delivery has occurred in the long-term care (LTC) sector. While for-profit hospitals are not widespread in Canada as they are in the US—and, for that matter, Sweden—a huge portion of LTC beds are operated by private, for-profit companies. In Ontario, fully 58% of LTC beds are privately operated, with only 16% publicly operated by municipalities, and the balance run by non-profit organizations. All are funded by the same mechanism—a combination of government funding and regulated fees charged to residents. In addition, there are retirement homes that are overwhelmingly for-profit, but that do not receive government funding and are much more lightly regulated.

A study released this week by the Ontario Health Coalition shows that COVID-19 death rates in privately-operated LTC homes in Ontario are nearly 2.5 times worse than those in municipal homes, and nearly twice as high as non-profit homes. This is occurring in a context where for-profit homes receive broadly similar funding and charge the same fees as municipal homes. In other words, the private sector is providing much worse services with the resources allocated to it.

Such a demand may seem a tall order, but would actually be something that could readily and quickly be implemented at a modest cost. Federal, provincial, and municipal governments could cooperate to transfer LTC operations to the public sector. The level of spending required to purchase private operations is very modest, particularly in the current context. For instance, Charwells, Canada's largest private LTC operator, has an outstanding market capitalization of only $1.8 billion. The federal government is current spending an estimated $73 billion on wage subsidies (effectively capital subsidies) over three months, while Ontario alone spends more than $4 billion annually on funding the LTC sector. In other words, even if governments chose to fully compensate shareholders, they could shift ownership of all existing private LTC homes to the public sector for a small fraction of current expenditures. Administratively, in Ontario municipalities already have experience operating LTC facilities, and could begin to manage formerly private facilities with support from senior levels of government.

Public operation of LTC homes would not solve all underlying problems in the sector. Stronger funding of LTC is needed to provide residents with reasonable levels of care. And, wages in the sector are far too low, and working conditions poor and unsafe. Public ownership alone does not solve these problems, which require further government action. But, only a public delivery model can lay the foundation for necessary improvements, by ensuring new funds are not siphoned off to shareholders rather than used to support workers and residents.

While LTC is the highest profile private-sector social failure at present, other examples abound in sectors like transportation. The largest inter-city coach operator in Canada, Greyhound Canada, recently announced it would shut down all routes as of May 13, 2020. Its ridership has of course been hit hard by the pandemic. However, the shutdown leaves many people without cars with no ability to make essential inter-city trips. Those hardest hit will be the young, the elderly, persons with disabilities, racialized people, Indigenous people, and those on low and moderate incomes.

Greyhound's latest move must not been seen as a one-off caused by the pandemic, but a culminating event of years of failures. Canada has abysmally poor options for travelling between cities, besides private cars and airlines. Train service by VIA Rail is geographically limited, often infrequent, and expensive. As such, Greyhound and other smaller inter-city private coach operators are the only option for many.

In 2018, Greyhound almost entirely shut down its network in Western Canada. This left people in hundreds of communities with no way to get around without a car. The failure to provide adequate, affordable public transportation is well understood to have been a key factor in contributing to the deaths of Indigenous women and girls in Western Canada, including along the infamous “Highway of Tears” between Prince George and Prince Rupert, BC.

Further, improved public transportation is key to tackling the ongoing climate emergency. Reliance on cars will remain high if there is no alternative to them for inter-city trips.

Greyhound's increasingly poor—and expensive—services are not a failing the public in Canada should accept as inevitable. In Ontario, the province provides bus services to the Greater Toronto Area (by GO Transit) and in Northern Ontario (by Ontario Northland). However, it has for some reason allowed Greyhound Canada a monopoly on most routes in the remainder of the province. The height of absurdity is reached on the Kitchener-Toronto route (Greyhound Canada's busiest), where the province's granting of a monopoly to Greyhound prevents it from running its own express GO Transit buses on the same route. GO buses can only travel from Toronto to Kitchener via Mississauga, meaning they are much slower than Greyhound. In contrast, GO runs direct express buses between Hamilton and Toronto every 20 minutes most days, versus service every couple hours by Greyhound on the Kitchener-Toronto route.

Greyhound Canada has struggled to remain profitable, and could be taken over and integrated into the province's existing inter-city bus operations at a minimal cost. At the very least, this would stop further service cuts. Improved service would require additional funding, but even a modest boost could substantially improve service options. Saskatchewan—with a much smaller and more dispersed population than Ontario—ran its own provincial bus service covering urban and rural communities alike until the right-wing Saskatchewan Party government ended the service in 2017. This left many residents permanently stranded. Provinces and the federal government should cooperate to restore and improve public bus service across the country.

While a great deal of commentary rightly focuses on how public services are funded, how they are delivered is equally important. The neoliberal model—which claims that private delivery of public services is both more efficient and more effective—has been shown to be fundamentally flawed, and the current pandemic has only made this more obvious.

COVID-19 requires a full social and government response. But if all that response attempts to do is re-built the prior status quo, it will have abjectly failed. We need to rebuild our society along lines that advance the interests of workers and ordinary people everywhere, rather than the 1%. Kicking the private sector out of the delivery of public services is a key place to start.