The Ford Government’s cuts to the university sector puts additional strain on an already stressed funding system. The new budget drives an aggressive free-market agenda obsessed with short-term results that does not work in a university setting and will undermine teaching, learning, and research in Ontario. The announced direction for Strategic Mandate Agreement’s (SMAs) will drive universities to align their teaching and research priorities with short-term labour market demands. This will undermine of the long-term research and teaching objectives at the heart of quality academic education and research. In short, the budget is a disaster for the academy and will bring hardship to the workers, students, and faculty on our campuses. 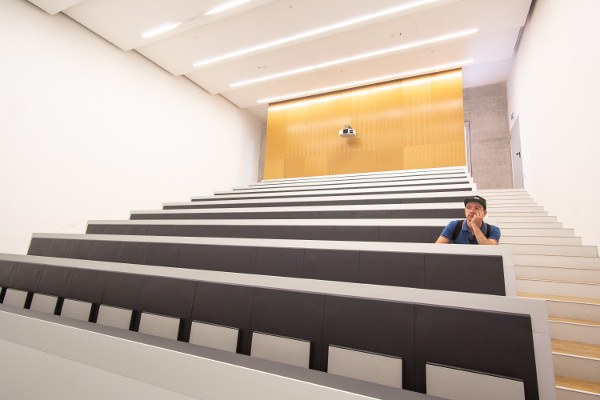 Core funding to universities in the budget has been set to increase by 0.48% next year. This compares with an estimated sector inflation of 4-5%. After the four per cent cut to institutional revenue resulting from the unfunded tuition fee cut announced earlier this year, the sector is dealing with its largest funding cut in recent history.

In addition, there is no continued funding for infrastructure projects on campuses, leading to a loss of $193M in 2019 to institutions compared to 2018.

The Ford government’s budget exposes that the recent changes to Ontario Student Financial Assistance Program is the equivalent of taking $700M out of students’ pockets in financial assistance reductions.

New Strategic Mandate Agreements (SMAs) – contracts between each university and the ministry that determine funding – will start March 31, 2020. Through the SMA renewal process, the Ford government is going to make 60% (up from 1.4%) of university funding dependent on performance outcomes that are tied to the labour market.

To determine how well universities are doing in achieving these goals, the ministry will only measure 10 metrics (down from the current 28 measures).

Those metrics will be tied specifically to job skills development, job outcomes, and economic impact.

The new SMAs will drive universities to align their teaching and research priorities with short-term labour market demands. This will undermine of the long-term research and teaching objectives at the heart of quality academic education and research.

The first year of these new agreements will tie 25 per cent of funding to performance outcomes, and this proportion will increase annually by increments of 10 per cent for three years and 5 per cent in the last year until it reaches a steady state of 60 per cent in 2024–25.
– Ontario Budget 2019

The Ford government thinks that universities in Ontario conduct their high-quality research in market-driven accelerators and incubators and that these commercialized innovations drive economic activity. There is little evidence for market-orientated research resulting in net positive economic gain for the public who pay for it, but the government believes that strengthening the intellectual property rights is the best way to support research.

An Expert Panel will be established to look at strengthening the province’s intellectual property framework. The goal will be to support private-sector monopoly-ownership rights of products and methods that the public has paid to develop.

The Ford government has previously voiced concern that research faculty continue to be paid for productive work after qualifying for their pension.

Under-funding and cuts have made hiring full-time faculty less appealing for institutions seeking revenue from short-term private markets and private financing through tuition fees. This has resulted in a lower than desired turnover of staff as younger researchers continue to be held-up in lengthening post-doctoral research positions and/or end up as non-tenure contract faculty positions.

The Ford government’s budget announced it is looking for a legislative answer to this issue that does not involve adequate public funding for universities. Instead, the government wants some way to force productive researchers near the end of their careers to stop teaching and end their research programs.