In the US, the Green New Deal has gained deserved momentum because it is being promoted by charismatic elected officials, propelled to power on the basis of their broad left-wing credentials – and not only because of their focus on climate. We cannot bypass this step in Canada. This means that unapologetic socialist elements in our labour party must also be propelled into a position to promote such an agenda. 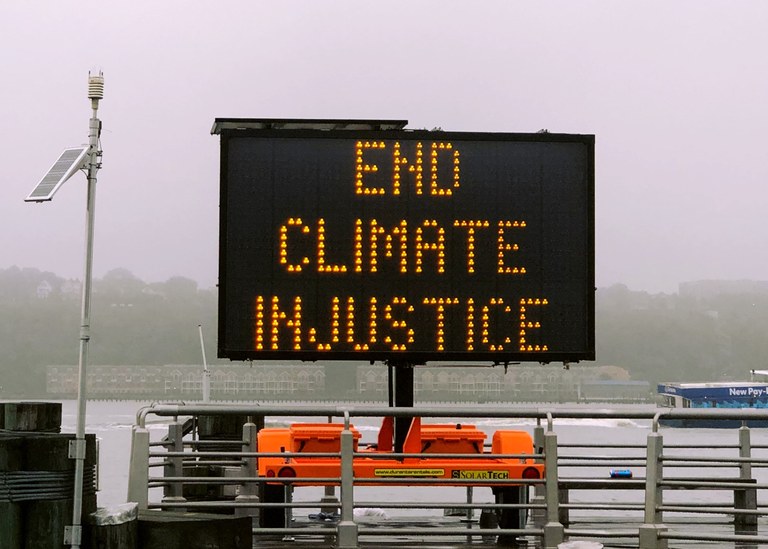 Activists in Canada have been working on the issue of climate change and economic transition with detailed policy proposals for much longer than the movement in the United States (US). However, the Canadian movement is in danger of getting side-tracked by an increased (and deserved) hype of US-specific policies. Following the US movement brings risks of limiting the Canadian movement to policies that only sound radical when stated in the heart of global capitalism.

The starting point is different in Canada and we can and should push much farther than simply a “Green New Deal” inspired by the US. Instead of just being lead by middle-of-the-road programs from the US, such as the Green New Deal (as radical sounding as they are), politicians on the left and the labour movement should take direction from the fast-growing and active new generation of activists. This new movement’s calls are radical and uncompromising and address uniquely Canadian challenges when it comes to climate change and economic transition.

On the flip side, this new movement would also do well to look to the established detailed work coming before them proposing socialist solutions to the climate disaster. This long history of work outlines the economic programs, examples of success (and failures), and unique challenges we as Canadians face. It could lend an added technical weight to the calls from the student strikers.

The history of “New Deal” policies in Canada is the not the same as in the US. Understanding this history is important to know when promoting something that was never implemented (New Deal) in Canada. As a propaganda piece, it might work in the US to put the New Deal brand forward. However, Canadian voters have generally supported more socialist-orientated policy solutions than the ones implemented in the US New Deal, such as public ownership, broad re-distributive social programs and democratic control over industry direction.

High school students are leading some of the largest walk-outs in their history over climate change and have some very specific asks. The more established movements needs to meet these students to make their demands concrete enough to be put into a political party platform or those of candidates for elected office. Only a party with deep labour roots has the ability to carry such a program forward in a way to build the necessary buy-in of the majority.

In the US, the Green New Deal has gained deserved momentum because it is being promoted by charismatic elected officials, propelled to power on the basis of their broad left-wing credentials – and not only because of their focus on climate. We cannot bypass this step in Canada. This means that unapologetic socialist elements in our labour party must also be propelled into a position to promote such an agenda.

Movement building has already happened. The framework is there, workers and students now need their unions to step-up with real frameworks for members to get involved. Luckily, the largest unions in Canada are on track to put a left program on the agenda – if they do not get distracted by shiny objects in the US and nice sound bites from the Liberal government.

On the other side of the political divide, the capital-backed liberal parties have already attempted to co-opt this movement. Their starting point is with market solutions to climate change even though we know market solutions will not provide the rate of transition necessary to deal with the worst aspects of climate change. To address climate change in time to stop the most devastating impacts, a socialist alternative must be promoted and a market-driven strategy rejected.

We need a left program. One that includes the call for: