A version of this article was presented to the Canadian Federation of Students-Ontario 2018 general meeting. The domination of the neoliberal view for the previous nearly four decades has meant that all public spending has to be couched as supporting the private economy. Even for something as basic as higher education cannot be described as having an inherent value, it must be commodified and linked to some private sector profit. In the case of university, public funding is only available because it is part of the private sectors desire to have skilled workers. As such, a post-secondary education degree is only talked about as a pathway to a job, and not as a valuable process by itself. 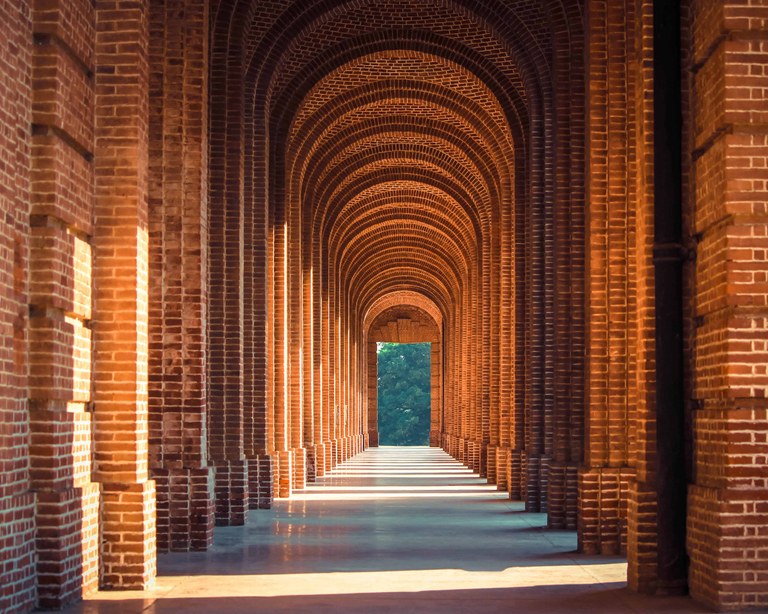 In an ideal world, university undergraduate education is structured to train an active and knowledgeable citizenry and identify and recruit those who are keen researchers. The end result is engagement between the broader society and the academy on critical issues of history, science and society.

This is only possible, when a university maximizes the sharing of its criticism and analysis with the world and engages in an open conversation.

The goal of this kind of academy is to collectively move us all closer to a common and critical truth so we may all find solutions to issues – be it products or ideas – and discover policy options for better the world.

This ideal is most commonly found in the policy books of democratic student unions, socialist political parties, and the minds of the general population when seriously considering why the university is important to fund.

University and the Academy

Unfortunately, capitalist political forces have always rejected this version of the academy. This is mostly because modern liberals (including the newly elected Ontario Conservatives) do not understand what universities are for. The political formations that act for Capital have a view of the “public supported” university where the focus is on training the next generation of workers – now known as “entrepreneurs”. Or, it is about supporting “innovation” through public subsidies for research and development.

With the domination of this “neoliberal” view of public spending over the previous four decades, all public money now has to be couched as supporting the private economy. Even something as basic as higher education cannot be described as having an inherent value; it must be commodified and linked to private sector profit generation. In the case of universities, public funding is only available because it is part of the private sector’s desire to have skilled workers; a post-secondary education degree is only talked about as a pathway to a job, and not as a valuable process by itself.

It is the same when it comes to research activity and funding. “Innovation” is the buzzword – a worthless word as it has no real meaning – conveying the idea that only a marketable product is justification for investing in university research. The distortion of the academy under neoliberal capitalism away from the historical ideal of a place for public knowledge generation is no accident.

The methods used to restructure the university simply as a support for private capital use funding and changes in administrative structures within the university.

Principles of the Academy

Neoliberal reforms have undermined these central principles of the academy that allow it to function as an efficient knowledge generator:

Unfortunately, this kind of research cannot happen in the new neoliberal university as it goes completely unfunded.

The “publish or perish” – bad enough for forcing graduate students into a highly competitive environment – has transitioned to “publish what we say or perish” which undermines research options.

Entrepreneurialism becomes the pathetic substitute to getting a permanent academic job. Graduate students, post-docs, and contract faculty themselves are seen as hanging-around too long and not making maximal use of their degree. And because of cuts and casualization, quality jobs are not as available in the academy as they once were. And, in the private sector, few are hiring permanent researchers in research and development since the private sector outsourced the work to low-wage graduate student workers in research institutes.

Change can only come about if driven from within the student movement. It is the only structure within the University that has the capacity to:

For graduate students, fighting for the ideal is very much connected to bettering their lived experiences and working conditions. This is because the bread and butter issues for graduate students are the advanced issues of the academy that the movement are trying to protect.

Campaigning against imperialism of international student tuition fees. It is bad when Saudi Arabia can threaten to bring home all its international students and universities worry about their bottom line being affected. Canada – a nation built on immigration – should not be resting its university funding on its ability to exploit its economic and social position in the world.

Workers' rights are essential since most graduate students are working for the university and their supervisor all while doing their own research. Any exploitation undermines their research programs.

Family support and benefits are essential now that research programs are so long. From undergraduate to post-doc is over a decade for most researchers. Starting a family and looking after parents, spouses, children is part and parcel of an academic’s life.

Challenging patriarchal norms is unfortunately still necessary. The academy is becoming more diverse, but top spots are still only for those individuals that are fine with giving up everything else.

Access to tenure-track jobs also known as hiring. Job availability does not match recruitment programs. Now that universities rely on tuition fees, there is no limiting factor on recruiters in high schools promising what they cannot deliver: a job.

A critical view of intellectual property rights such as patents or copyright. Publishing your research to the widest audience is only possible if Open Access publishing continues to be promoted and expanded. In many universities, it is also necessary because of the growing costs to accessing academic research.

Academic freedom and its limits are felt by every graduate student. Society loses when it is undermined.

Freedom to publish is related to academic freedom. Commercial interests can come in the way of open publication and getting new research into the field.

Non-commercial research funding is harder and harder to get. It means that the topic that you are most interested in and probably most needed by society is not readily funded.

Graduate studies are the apprenticeships of the the professional academic. If the academy can be seen as having intrinsic value in society – and funded as such – it can be the engine of discovery, knowledge, and truth.

Like all other workers, if any one of you is prevented of reaching your potential because of discrimination, lack of economic resources, physical barriers or anything else unrelated to your studies, then society loses. And, as things go, we cannot afford that.

The fight for graduate student interests is part of the struggle for an inclusive and supportive environment for all workers and students at the university.

It is why graduate students are essential to the fight for accessible post-secondary education, as is a publicly funded right. Only when united can we win robust and sustainable public funding that allows research to be administrated by those who carry it out, engaged with those who learn from it, and maintain those who support it.