Several things have happened in the previous few weeks that make it important to review what we mean about Just Transition for workers affected by major changes to employment. 1) The Liberal government has announced the Task Force: Just Transition for Canadian Coal Power Workers and Communities. 2) Trade Unions for Energy Democracy have released ‘Trade Unions and Just Transition: The search for a transformative politics’. The new paper examines the inadequacies of the current policy development processes on Just Transition. 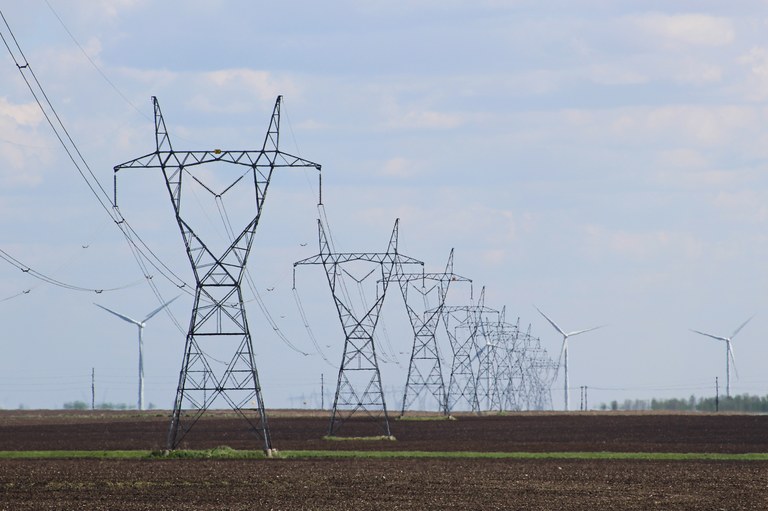 In perspective: A task force on Just Transition

The establishment of the Canadian Task Force on Just Transition (official name is Task Force: Canadian Coal Power Workers and Communities) is the result of promises made at the “Powering Past Coal” declaration first signed in November 2017 by governments dedicated to reducing their dependence on coal-fired generation. It is a declaration that the coal phase-out is needed by no later than 2030 in the OECD countries to avoid catastrophic climate change that will affect OECD economies.

The short declaration identifies that the move away from coal must be done in an “economically inclusive way, while providing appropriate support for workers and communities” – also known as a Just Transition.

Since the signing of the declaration, the Canadian government has been pushed by labour, environmental and progressive social organizations to establish the promised task forced to examine the specifics of how the transition away from coal will be supported.

The task force was established on April 24, 2018. It has nine months to do its review and submit its report to the federal government.

Not just about coal

While the task force was established to examine the process of just transition as it relates to coal, it is expected that the economic and social framework established will be used for all future large-scale transitions that affect workers and communities. As such, it is important to consider the impacts of the resulting policies and discussions in a much broader context.

The government has already defined the term:

Policies that should be included

There are several policy proposals which should be included in any task-force report on Just Transition.

The main point of the new paper is on incorporating a Social Power vision of Just Transition which must be:

“equally clear-eyed in its demand that workers and working class and poor communities not be the victims of the multifold transitions this will require. A Social Power vision of Just Transition must be radically democratic and inclusive, and it must hold at its center a recognition that nothing short of a deep socioeconomic and ecological transition will be sufficient for the challenges our planet currently faces.”
RLS Summary

The analysis is rooted squarely in the European trade union experience of dealing with the Social Europe process and the limits of those structures to develop a Just Transition policy that responds to social, economic, and environmental needs of workers and their communities under neoliberal economic policies. TUED outlines the contradictions between the stated goals of these policies and the realities of how markets work.

There is much within this paper that is similar to the Canadian experience with Just Transition. Reams of paper and hours of meetings have been dedicated to the topic, but without any detailed policy to show for it.

Here in Canada, discussion of Just Transition have mostly occurred within the neoliberal policy frame. So much so that the term has become synonymous with government hand-waving and inaction.

Unions may even have to stop using the term to be able to express what we actually mean and need. The economy is always transitioning and – in the process – doing harm to workers and communities. The solution will be found in planning instead of relying on market forces. This is the same thing that the TUED team has been proposing for the transitions involving electricity generation. It is clear what the answer is, but the market is not structured in a way that it can facilitate a transition towards the solution that works for workers.

The problem is that the labour movement is stuck in a cycle of talking about “Just Transition” when the media and politicians get animated by large number of layoffs. But, then the story gets lost when the front-page story is replaced.

Instead of a holistic view, conversations about Just Transition tend to be looking at social services through a narrow lens. The union movement deal with lay-offs and retraining all the time. More so now, because of the so-called rise of precarious work and temporary jobs. So, many of the solutions to dealing with mass single-industry layoff and retraining are already part of the state-mediated welfare and unemployment services.

The current systems should be examined and reformed to be better targeted for single-point job loss.

Along with this, the union movement must address the Techno-Utopian program coming from liberal policy makers where everyone should be competing as self-actualized tech entrepreneur. Every worker should not be pushed into becoming a computer programmer as a solution to climate-related unemployment.

Canada needs to have a sub-unit within the retraining system that can find provide training options before workers get are laid off.

It should be noted that this is hard for unions in the crux of layoffs since unions are rightly focused on saving jobs. However, hard conversations with workers about policy implications should be possible to twin with campaigns about proper state-funded supports.

The state needs to invest, own and operate new infrastructure to be able to guarantee jobs to those who are being trained. Old energy workers should become new energy workers in public infrastructure. (See our previous papers on Just Transition, municipal investment and revenue tools that outlined some of these policies.)

Some of these solutions happen now, but are not packaged into a tidy policy framework. To this end, “Just Transition” should just be a fancy term for a “functioning social welfare state and employment system with retraining and jobs guarantee”.

Call it what you like, we need a social model of transition that plans and implements the solution.

The reason that we are not getting a “Just Transition” policy that actually makes any sense is we are asking for something that liberals and conservatives reject on a fundamental level: state involvement in the economy. The labour movement should not be reticent to demand these things at the time when actual foundational government policy is being established.